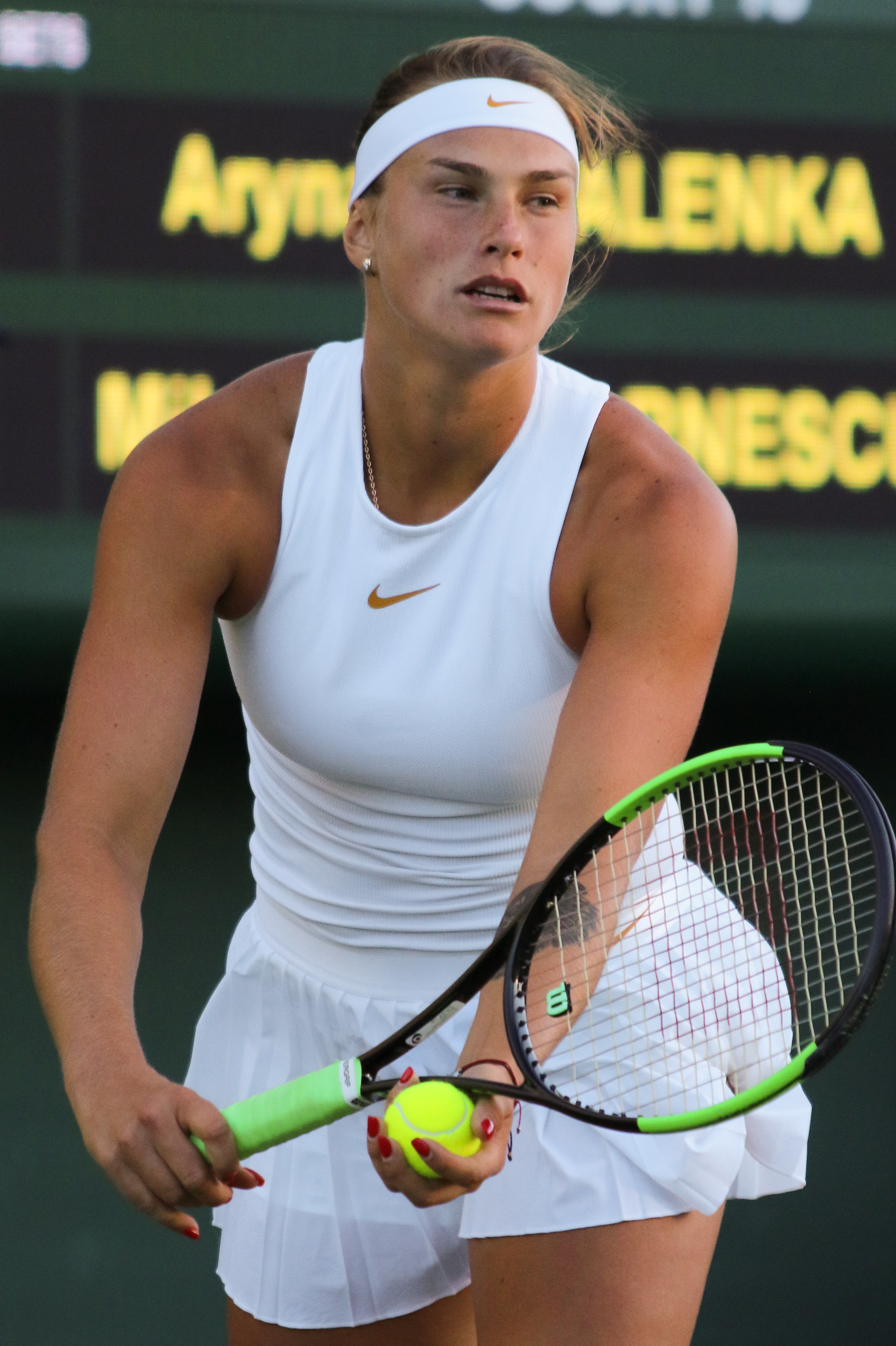 Aryna Siarhiejeŭna Sabalenka (Belarusian: Арына Сяргееўна Сабаленка; Russian: Арина Сергеевна Соболенко, Arina Sergeyevna Sobolenko, born 5 May 1998) is a Belarusian professional tennis player. She has been ranked as high as world No. 2 in singles and world No. 1 in doubles by the Women's Tennis Association (WTA). Sabalenka has won two Grand Slam doubles titles, the 2019 US Open and the 2021 Australian Open, alongside Elise Mertens. She has won 17 career titles in total, eleven in singles and six in doubles.

Sabalenka was relatively unknown until 2017 when she rose to prominence by leading the Belarus Fed Cup team to a runner-up finish with Aliaksandra Sasnovich, despite both of them being ranked outside the top 75 at the time. Following the 2017 Fed Cup, she began having more success on the WTA Tour, reaching four finals in 2018 and achieving eight top ten victories. Sabalenka continued to excel in singles in 2019 with three titles in China, highlighted by a defence of her Wuhan Open title at the Premier 5 level and by winning the WTA Elite Trophy at the end of the year. She finished both 2018 and 2019 ranked No. 11 in the world in singles. Sabalenka also began playing doubles regularly in 2019. With Mertens as her partner, she completed the Sunshine Double by winning the two Premier Mandatory tournaments in March, the Indian Wells Open and the Miami Open. After the US Open doubles title later in the year, she also qualified for the WTA Finals for the first time. Sabalenka's best results in singles at the Grand Slam tournaments came at the 2021 Wimbledon Championships and 2021 US Open, where she reached the semifinals.

Sabalenka has a very aggressive style of play, often accumulating high numbers of winners and unforced errors. With her height, she also has a very strong serve when it is in form.